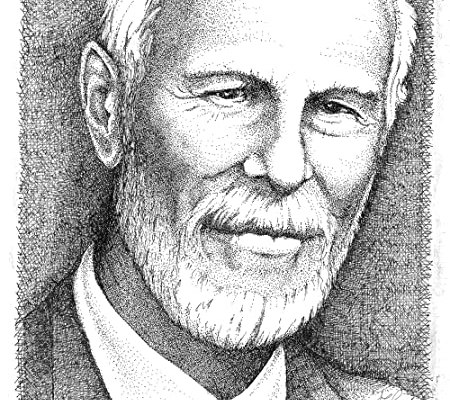 THE CRADLE AND THE CROSS
(original TBC article by Dave Hunt from December 1992.]

“Why [celebrate Christmas on] December 25,
since it’s unlikely that Jesus was born at this
time of year? The Roman Church simply took
the Saturnalia [ … ] and Christianized it
in order to convert pagan Rome. The actual
effect was to paganize official Christianity.
[ … ] Would the world, then,
be better off without Christmas?
[ … ]
Christ’s birth and the details of His life,
death and resurrection were foretold
centuries before by the Hebrew prophets.
No such prophecies preceded the births of
… Buddha … Confucius … Muhammad, et al.

Paul used [Biblical prophecy] in converting the lost
and turned the world of his day upside down. So should we.
[ … ]
There are more than
300 Messianic prophecies
in the Old Testament.
Why?
So Israel could identify Him,
when in the fullness of time God would
send forth his Son (Galatians 4:4).

The third chapter in the Bible
contains the first prophecy of
… the Messiah’s coming,
… His virgin birth (“the seed of the woman”)
… and His destruction of Satan (Genesis 3:15).

The prophets declared He must
be of the “lineage of David”
(Jeremiah 23:5; 2 Samuel 7:10-16; Psalms 89:3-4)
and rule upon David’s throne.
To prove that Jesus met this criteria,
Matthew and Luke begin with
the genealogy of Joseph and Mary.
[ … ]
It is impossible to remain an honest skeptic
after comparing what the prophets said
with the historical record of Jesus Christ,
from the cradle to the Cross. Proof of the
Resurrection is even mOre powerful!

We have solid reason for our faith in Christ.
Knowing the facts increases our joy and
gives us courage to present the gospel with
boldness and conviction.”

Sharing for anyone with ears to hear::

Follow Heeearing With Heart on WordPress.com
Join 34 other followers

“Most assuredly, I say to you, he who hears My word and believes in Him who sent Me has everlasting life, and shall not come into judgment, but has passed from death into life.” ✝️ John 5:24 (NKJV)